“I’m an artist, and I think of myself as being in the business of fantasy. Being an artist is being a social activist”

When art and brandy join forces, collaborations like the Oak Canvas Series by Torres Brandy are born. An artistic project where young artists take one of the oak barrels that brandy is aged in, and transform it into a work of art. 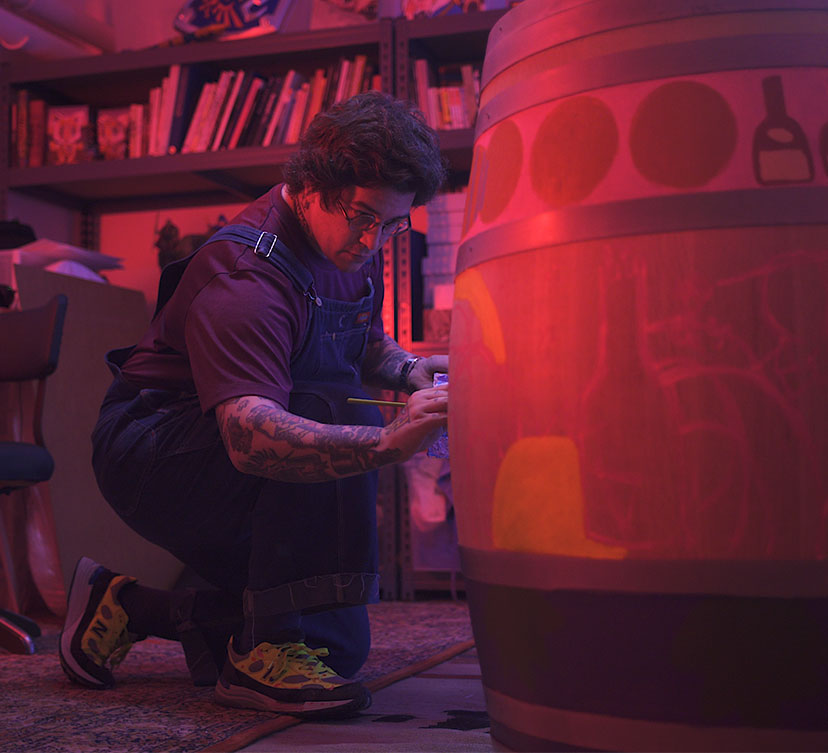 “YOU CAN MAKE ART IN A PICTURE, ON A BOTTLE, ON A BARREL, ON SKIN…”

Internationally renowned artist and illustrator Ricardo Cavolo is the first to do the honours in the Oak Canvas Series. His murals, and his work in general, have been exhibited in cities all over the world, such as London, New York, Milan and Barcelona, to name but a few. And as art is in itself formidably challenging, we presented him with our own challenge, by asking him to paint one of our barrels and turn it into art. Done!

As both a visual artist and a social activist, Ricardo Cavolo explores fantasy and colour, basing his work on three fundamental themes: immigration, gender inclusion in the broadest sense, and mental health. Characters with four eyes and hearts enveloped in flames give shape to Cavolo’s universe. Through this pop iconography inspired by superheroes, video games, comics and TV characters he discovered when he was a child, the artist places subjects that are still taboo under the spotlight, subjects such as the suffering caused by mental illness and sexism. 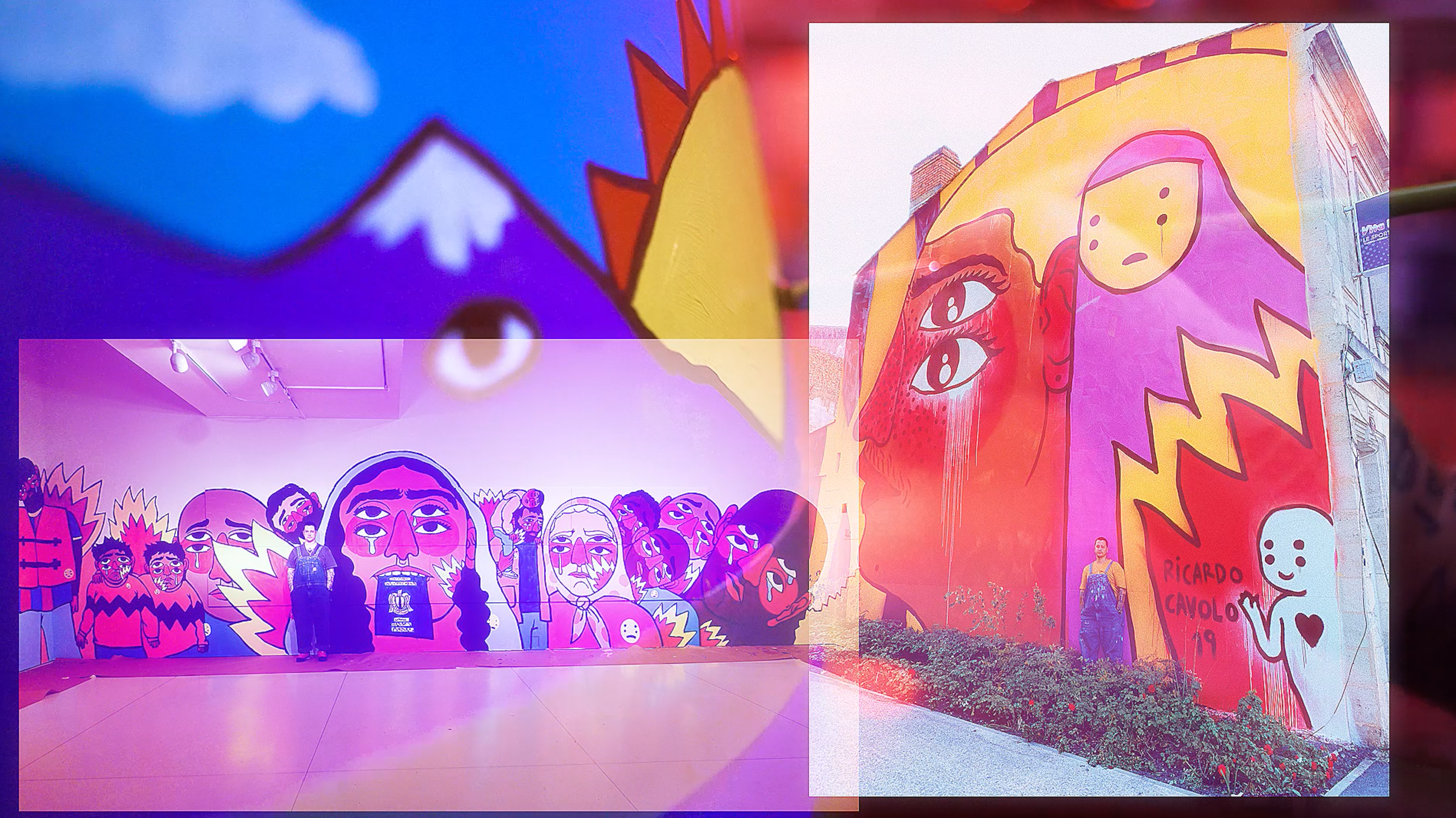 He took his initial steps in the world of art and illustration thanks to his father, also an artist, who Ricardo Cavolo’s tells us, “Was an excellent teacher; he was always respectful, and didn’t want me to be influenced by his own style, what he wanted was for me to develop my own artistic language”. And it’s precisely this highly personal language that transforms his work into pieces that are so easily recognisable.

There are two ways of reading his art. The first and most obvious is the visual, the brilliant colours and naïf style, and the second is where a narrative with its roots in social critique takes centre stage. Two contrasting readings coexist in a single work.

In this very first collaboration on the Oak Canvas Series by Torres Brandy project, Ricardo Cavolo transforms the barrel into a work of art by depicting the whole process of creating brandy, from the vineyard to distillation and ageing and right up to the moment when you sip the finished product, neat, on the rocks or in a brandy based cocktail. A unique and glowingly colourful creation that’s 100% Ricardo Cavolo. 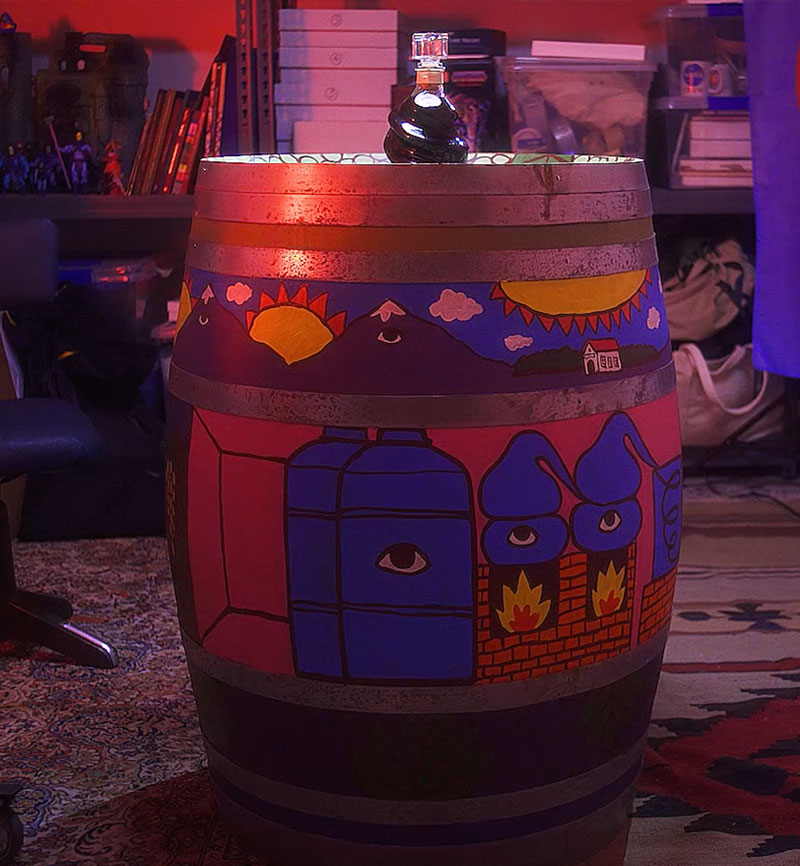 And our collaboration goes way beyond the barrel. At Torres Brandy we believe that art too is there to be enjoyed, by as many people as possible. So together with Ricardo Cavolo we’ve created a limited edition of our Jaime I brandy that comes with a sleeve case with a design based on the illustration on the barrel.

But what does brandy have to do with art, you may be asking yourself. We have a very clear answer to that – right from its beginnings, Jaime I has always been a brandy closely linked to the world of art.

The design of the Jaime I bottle is in itself inspired by the art in the Catalan modernist style of the end of the 19th and early 20th centuries, the style that was to shape the Barcelona we know today. If you take a stroll around the city and look up at the sky, you’ll see one of the most emblematic buildings on Paseo de Gracia, the one that’s reflected in the design of the bottle. Barcelona has always been a creative city that lives and breathes art.

Our Jaime I brandy was not only inspired by art, it also pays tribute to Don Jaime Torres, the founder of Bodegas Torres. He was a man who had an insatiable curiosity about everything, boldly setting out to explore the world around him. Art too is a form of exploration; it’s about keeping an open mind in a constantly changing world. Well, who was it that said a brandy barrel couldn’t be transformed into a work of art? 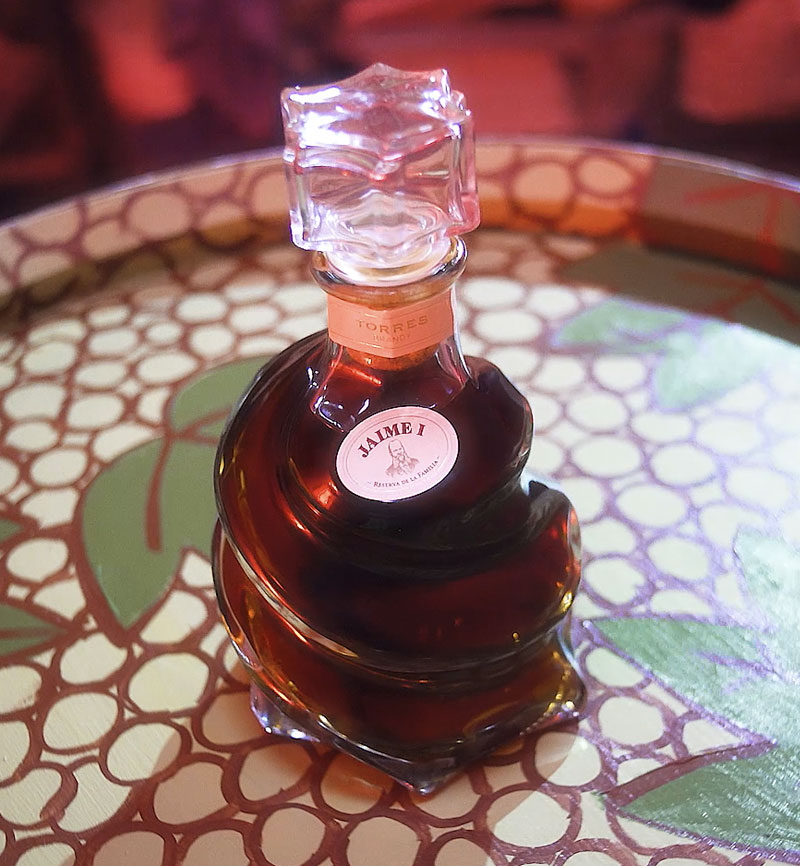